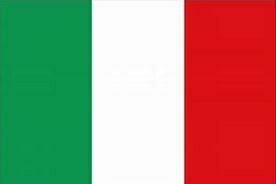 Such is the diversity of Italian wine, we could easily have come up with a mixed pallet, rather than a mixed case, but we decided to stick mainly to the classics, with a couple of glorious surprises thrown in. For the whites, we have chosen the ever-popular Gavi from Piedmont; it’s near neighbour; the rare and exciting Timorasso, and a sensational Sicilian Grillo with a remarkable story. For the reds, we have chosen a Chianti and a Barolo to showcase Sangiovese and Nebbiolo; Italy’s noble varieties, and a wonderful Valpolicella which will astound anyone who has only tried the bulk-produced wine.

The fresh stone fruit flavours of Gavi’s Cortese grape have taken the world by storm. This example is both delicious and organic!

A contender for Italy’s best white grape from the man who saved it from extinction. Unoaked, but with the weight of a white Burgundy.

From a unique project which vinifies grapes from vineyards confiscated from Sicilian Mafiosi. A very fine elegant Grillo.

Not a barrique in sight for this ultra-traditional Barolo; just the Nebbiolo’s trademark tar, roses and wonderfully fine tannins.

Forget the mass-produced stuff; this is real Valpolicella. Powerful, structured, but with the glorious fruit that makes it so moreish.